Everyone – most people actually – is always looking forward to a safer environment. Everything in the world is moving towards becoming digital and a lot of businesses are processing orders online 24 hours a day.

As such, cyber criminality seems to be on the increase too. Cases of stolen phones, computers, forged fingerprints, and similar issues flood the internet.

The recent discovery by researchers at the University of Buffalo will help reduce or even put an end to fingerprint forgery and similar cyber attacks.

Related: Wearable Sticker Can Sound The Alarm For Women During Sexual Assault

The ‘prints’ the camera puts on its photos are never the same as that of any other smartphone camera. This is true irrespective of the company producing the phones or the models – every camera on every smartphone is unique. 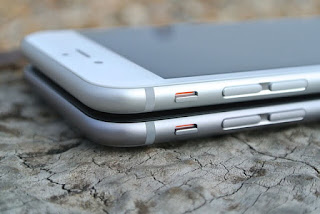 So even when Michael buys two iPhones of the same model at the same place and time, one for him and the other for the love of his life as a Christmas present, the images taken with Michael’s smartphone will always have properties different from the ones taken with his friend’s smartphone.

Why all cameras are unique

Producers always wanted to produce identical cameras. But this is never possible.

As cameras are made, minor variations are also created on their sensors. As a result, each camera comes with a unique sensor.

So every sensor produces millions of pixels which end up making a photo slightly brighter or darker: a systemic distortion in a photo known as pattern noise.

This variation won’t be visible to the human eye but they can be extracted using special filters.

This useful photo flaw is known as photo-response non-uniformity (PRNU). PRNU has been in use for years especially when settling image copyright issues.

With the usual digital camera, 50 photos taken with the camera are required for analysis. But with a smartphone camera, only one photo can tell the difference or make the match.

This is because smartphone sensors are smaller. This increases the pixels’ dimensional non-uniformity resulting in a much stronger PRNU for its images.

So instead of using 50 photos – required for digital forensics – you can use only one smartphone photo for analysis.

The leader of the research team, Ren, a fellow of IEEE, has designed a special protocol for the system to help prevent forgeries.

As we know, criminals may remove the PRNU of a device so the system uses a Ren’s special protocol to detect a weakness in an embedded signal; caused by the removal of the PRNU.

If the photo match feature is used during transactions, it can help prevent fingerprint forgery, man in the middle attack mostly used on banking apps, and replay attacks.

The world just got a little more secure thanks to research!

Related Article: This Add-on Clip Turns Your Smartphone Into a Microscope